I once entertained notions of joining a religious order.  I’ll be honest, I discerned a vocation for a very long time.  I checked out cloistered orders, missionary orders, teaching orders – and then I met my husband and the rest is history.

But it turns out that between the two vocations, religious and holy matrimony, my “problem” in living out the call to both of them, is the same: obedience.  Deep down, I detest being "told" what I should do even when it may benefit me or someone else.  I don't mean obedient as a wife in the Stepford Wife sense (seriously, if my husband sees me ironing something he knows that it must be either Christmas or Easter).  But I do mean that I've located a deeply rooted resistance in myself toward any action/outside force that attempts to tell me what to do, how to dress or which requires that I truly die to myself in some way. I credit being faithful to the Magisterium first to grace, second to its inherent reasonableness and only thirdly to my assent (which is strengthened by a personal relationship with God and Our Lady). All of these factors tend to keep my fallen nature at bay, and I hope, help me to live a charitable life.  But, at times, even as a grown woman, living this way comes with some internal resistance.  That fallen nature I mentioned means that my "obedience problem" or rather, my problem with being obedient occasionally rears its head (and usually when I'm tired, hungry, lonely etc).  Such a problem, of course, is rooted in pride.

I do like to think that I am presently less proud than I once was. I now have children, you see.

Nothing puts you under strict obedience more quickly than having a new little person cradled in the bed next to you completely dependent upon you for each and all of their needs.  In fact, I would even say that pregnancy is where you first experience that sense of total obligation as you take steps to rearrange your life (and your house) around your soon to be arriving, bundled ‘master.’

Now, I’ll be the first one to admit that I didn’t slip into post-partum mode very gracefully.  Even with my husband around at the beginning to help ease the transition when my daughter was born, I still found life with a newborn to be much more demanding than I thought it was going to be.  It was then that, I believe, I received my first ‘instruction’ in obedience – whether I felt like it or not, was enjoying it or not, or believed I was capable or not I still did ‘it.’ I mothered, which was something I had never done before.

The truth is, no matter how ‘put together’ you may think you are (and I assumed I had very erudite control over my life, emotions, my beliefs about parenting etc), no matter how prepared you think you are (I had a degree and a career, after all) and no matter how wonderful a person everyone says you are, nothing unearths the rebellion out of you like having to make sleep-deprived decisions all of which entail more and more sacrifice from you in a way you never thought possible before. 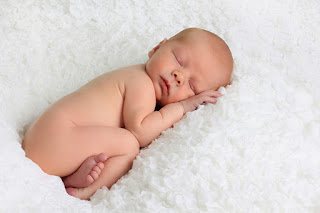 But, in way, there’s true beauty in that.

Did Christ know whether or not He could go through suffering and death upon a cross?  I don’t know, but He did it and it’s kind of like that with being ‘obedient to God’s will’ as a parent.  Can I go through with parenting everyday for the rest of my life?  I don’t know, but I’m going to do it with trust that God is forming the image of Christ in me.  And that’s beautiful.

Disobedience, in contrast is ugly. Disobedience is the reason the world is in the state it's in now.

And here’s the irony.

Bl. Mother Theresa of Calcutta, obedient to doing "something beautiful for God," pray for us! 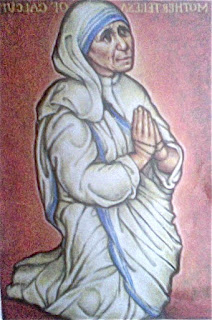