Before I had children, I can't tell you how many people told me that having kids would change me.  They were both right and wrong.

I have not changed in my basic convictions to try to live virtuously and by the Church's teachings.  Nor have I compromised on the morals I held before I had my kids.  If anything, I've become more resolute in them over time.  But I digress...

It's true that I have changed due to having kids.  I've 'lightened up' in my expectations of others and myself.  This isn't to say I've just given up hope (though that's a real temptation at times) or lowered the bar of my expectations of humanity (which is pure relativism, if you ask me), but I've learned how to become more resigned to reality as it is, and to not punish others or myself when life fails to be as I think it should be.  I still hold people to a high standard, but I suppose that when I see how far they are from doing God's will,  I've become more of a compassionate realist, rather than a tyrannical optimist.  This has also helped me to be less judgmental of people in general, to tell them the truth in all charity as well as be less judging about how my parents raised me.  Although I was the perfect child, of course...

I've experienced God as the ultimate realist and also the most compassionate of fathers . And I believe that parents, spiritual or otherwise, are in the best position to experience what it means to unconditionally love in the same way.

Before I became a mother, I never had such a deep insight into human beings and how they desire and think and rationalize and excuse and scheme and fear and create and grow and mature...because I never had to be there at every single moment of their daily formation.  Now I'm the constant witness of every bump, scrape, triumph, smile, stink, laugh and endearing moment of my children's lives.  A bit like God.

No, I'm not trying to deify myself or all parents.  I know that moms and dads and grandparents alike make terrible mistakes.  I personally am frequently reminded of my own human frailty and weaknesses which make me anything but Christ-like.  However, being a mom allows me to relate, in a unique way, to today's gospel where Jesus instructs His disciples on prayer,  "...do not babble as the pagans do...your Father knows what you need before you ask him."

As a parent of a babbling two year old, I can tell you from experience, that even without forming proper phrases, I can actually understand most of what my son says, and I can anticipate what he wants before he 'asks' (i.e strings together as many sounds as he knows right now).  This due to the fact that I simply 'know' my son in a way I never knew anyone before I had kids.

And I truly believe this gives me and all parents a special insight into God as the Father who knew us before we were conceived and who understands our needs before we ask and babble to Him in prayer. Well, maybe that's just me that drools when I blather. I just hope that He still finds me as cute as only a parent could when I do so.

But enough of my jabbering.  What do you think?

Can Africa Renew the Catholic Church in Europe? (Bloggin' from Bally Ol' England)

This week we're visiting my husband's family in England, which means that at least one mass we attend will be presided over by an African priest.

The influx of immigrants from Africa and Eastern Europe to Britain has boosted the numbers of Catholics in England, especially for inner-city churches in larger cities such as London, Manchester and Southampton.  This, of course, means that the demand for African and Eastern European priests has increased.

Africa's surplus of priestly vocations meets this demand with gusto. Which has lead me and others to wonder: can Africa renew and revitalize the Catholic Church in Europe?  Can Africa's priests, with their new found leadership, charisma, and orthodoxy cause a resurgence of the faith amongst all Catholics in Europe?

As luck would have it, I was able to ask a Nigerian priest about this after last Sunday's mass.

Now, one striking feature about mass in Britain is this: attendance is always low (with the exception being in those aforementioned cities).  It's nothing compared to the hundreds of people at every single mass at Our Lady of Peace. The last time I saw a packed mass in England, numbering in more than in the double digits, was...never.

The Nigerian priest and I chatted about what liturgies were like in Africa.  He told me that they were full of people, hundreds, maybe even thousands at time, and that they were permeated with dance (disclaimer: no, I don't think dance has a place in European or American liturgies).   He told me that in his UK parish, which is in inner-city London, they also have overflowing crowds.  And although Fr. seemed uncertain as to whether Africa can have any sway in influencing the former seat of Christendom, I found that I was not.  I personally believe that a renewal of the Church in Europe will be possible through the example of it's southernly neighbor and through the guidance of some very holy African priests who the English episcopate are currently inviting over.

Pope Benedict certainly believes that a strong partnership between the two continents.  Check out this link here.  In short, Europe and Africa have the potential for becoming the crossroads where the spiritually impoverished yet materially rich meet the spiritually rich yet materially impoverished.  And the former has everything to gain by the example of the latter's faith.

I asked a few English folks what they thought (alright, so they happened to be my family).  One believed strongly that the next generation of young European Catholics will renew the Church in Europe.  There's some strong evidence to support this as the youth of Europe already exhibit a stronger, more orthodox faith than their predecessors.  Pope Benedict's recent visits to England and Spain for two World Youth Days confirms this.

UK and African readers, or anyone living abroad, it would be great if you could weigh in with your opinions and experience.  I hope and believe it is possible.

Have a wonderful Ash Wednesday, everyone.

So, Um...is NOW a Good Time to Bring up Natural Family Planning? (and a not-so BIG announcement)

I mean, anytime is a good time to talk about Natural Family Planning.   However, in view of the current birth control debacle, which has inspired many a self-inflicted news "blackout" moment this week (where I purposely avoid my computer and hide in a closet with a lantern expecting armageddon), maybe this would be a good time for sharing the benefits of Natural Family Planning with the mainstream media.  What do you think? 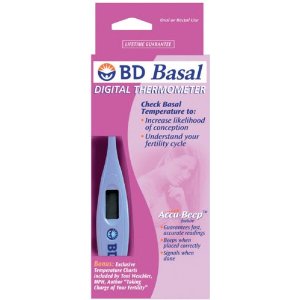 Hey, maybe we can convince the Health and Human Services Department to pass out free basal body thermometers, since they're so anxious to pay for family "planning."  It could happen!  To my knowledge, no one has said it couldn't be natural family planning!  Then again, I have been doing a lot of wishful thinking, lately.  Maybe my mind has finally gone to its happy place where the cheese is for its own self-preservation away from this unprecedented political roller coaster...mmm, cheese.

Sorry, what was I saying?

Okay: the big announcement is this.  I really did not intend for this to be timely at all, but this week I've been embroiled with my husband in creating a couples' script for a...(drum roll)...NFP talk!  It will be posted within the next 24 hours on under the page tab "Free NFP and Powerpoint Presentations." It's copyrighted but completely free to be downloaded and altered by anyone interested in giving a talk about NFP.  It's not the same as an NFP class, but it makes the case for why everyone should want to run out and sign up for an NFP class ASAP. One day, I sincere hope is that birth control will no longer be an issue because no one will use it.  And still I dream the dream...

There will be a script and a powerpoint presentation posted soon.  Latest, Monday.  These will be followed  a video of my husband and giving the talk in a month or so.

That's it!  Now back to the cheese.

I know, I know, you’re probably already thinking, “Whaddaya mean that Obama just wants out? Marissa, are you not aware of this president’s track record for infringing upon the first amendment especially when it involves Catholics?  Have you been under a rock for the previous three years while his administration has appointed a gaggle of sketch Catholics who have served only to usurp the rights of the same faith they affiliate with?”

“Haven’t you caught on to the gross arrogance of a man who, because most Catholics voted for him and lauded him with uncanny decadence, considers himself above reproach as he imposes his own liberal ideology upon a firmly opposed country, while simultaneously granting himself unlimited power to underhandedly punish his opponents?”

But that's exactly my point, you see.  It’s that extreme degree of arrogance that has me questioning whether this latest move to force Catholic health care plans to cover contraception isn’t his sacrificial chess piece (and for fun, let’s pretend that piece gets taken by a bishop) to throw in the towel and end the game early.

What I’m getting at is that Obama is either really arrogant and stupid (you know, incites revolution near election time); or he’s really arrogant and really, really smart (willing to give the appearance of playing to his elite friends while fully aware that the contraception mandate is his ticket out of the White House).

I realize that a third, more sinister option exists, one where the beginning of open persecution of the Church in America has begun, but, as a president who earned a Harvard law degree, I’m not ruling out the latter option as impossible for Barack Obama.  What if he just wants out because he sees the writing on the wall as disapproval of his administration rises to the highest its ever been of any president during their third year (with the exception of Jimmy Carter). Maybe it’s too optimistic of me to hope that, deep down, he resents taking all the punches as Planned Parenthood's most valuable player.

Do I think he actually believes in his own radical ideology?  Yes, yes I do.  Do I think he believes in it enough to “go down with the ship,” i.e. embrace martyrdom for a cause that majority of people and the entire Bishop's conference vociferously oppose?  No, I certainly don’t.

Perhaps the president, finally perceiving that the twilight of liberalism is upon us, wants to run away from it as much as he wants to be known as its champion.  Like the recent Captain Coward, he will run to the lifeboat reassuring his crew and passengers on board that all is fine while knowing full well that bottom hull slowly filling with water.  Only, Barack Obama might manage to persuade some people not to blame him, if not hail him as the most persecuted and disenfranchised leader in history.

But that’s just my crazy idea.  What do you think?
Posted by MNichols at 5:22 PM 4 comments: